cakapdigital.com – The year 2020 looks promising for Indonesia’s digital market. Southeast Asia country has been grooming its internet economy sector, which tops USD 40b last year, and it’s predicted to go triple or more for months to come.

Experts have noticed how Indonesia is miles ahead from the Philippines and Malaysia, its neighboring competitors. This sonic growth primarily affects how business is practiced in the regions. For example, e-commerce, e-retailer, and an e-hailing business draw heavily on a customer-centric solution that in turn infuse a dramatic jump of new users.

The way Indonesia unfolds its potential digital market can be broken down into three underlying factors that amplify the nation’s revenue growth. 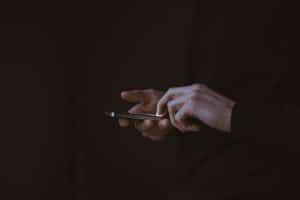 The country’s focus on building a stable cloud hub is for the better, as tech experts believe that with such improved infrastructure, hosting data centers and helping local businesses migrating to the cloud would not be a problem at all.

Public cloud services, which are what Indonesia is enthusiastically racing for, means more immense computing power paired with highly-organized data management. But Indonesia isn’t the only one with a big interest in cloud service. Foreign companies are more than willing to invest in the country, with the plan of building new data centers this year.

A partnership with Germany showcases the country’s interest in ‘the next big thing’, such as building electric vehicles to fight climate change caused by fossil fuel-dependent cars. Indonesia will also join the Hannover Messe 2020 as a partner of Germany for the industrial technology exhibition.

Government’s support for the digital players 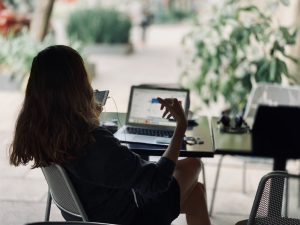 The government plays a vital role in flourishing the digital market. Regulations of taxes, data protection, and the overall market will be reviewed by Indonesia’s government.

As the Minister of Communication and Information Rudiantara says, there will be a shift in the government’s role from being a regulator to a facilitator to help accelerate the digital economy.

But it requires more than just regulations. A robust digital infrastructure will determine the market’s sustainability in the long run, and that’s what Coordinating Economic Minister Rudy Salahuddin believes to be when strategic planning is present to guide the development process.

In Indonesia’s case, the government’s role is favorable to key players of the digital scene so that the market growth, sustainability, and security are boosted.

The Youth Roles As Key To Progressive Digital Economy 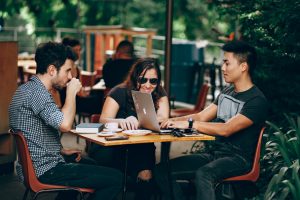 In creating a progressive digital economy, the rise of the youth community that meets the market’s demands is necessary.

The growing collaboration between private companies and the government results in deployed tech entrepreneurs training facilities on the local universities to foster the youth potential in Indonesia as they’re drilled with the skills needed to thrive in the market.

This is in harmony with the developers and providers of tech solutions’ effort on sprouting their business in Indonesia while creating a sense of urgency for the government to nurture the youth’s potential.

With the thriving ecosystem comes great maintenances. As one of the emerging markets, Indonesia must keep it up on key areas such as intellectual property protection, tax regulations, and bridging trade barriers to secure its prestige on the global race.